CAROL WOLKOWITZ is a Reader in the Sociology Department, University of Warwick, UK. After mooting the concept of body work in an article in Work, Employment and Society (2002), her book Bodies at Work was published in 2006. In 2007-9 she led an ESRC-funded research seminar series on 'Body Work: Critical Issues, Future Agendas' (co-organised with Julia Twigg and Rachel Cohen), which led to a special issue of Sociology of Health and Illness on 'Body Work in Health and Social Care' (2011) and other publications on the relation between embodiment and paid work, including, with Chris Warhurst, an article in another Palgrave volume in this series, Working Life: Renewing Labour Process Analysis. Her other books include the co-authored Glossary of Feminist Theory (Arnold, 2000) and two books on home-based work. She is currently researching the development of the body work landscape of South Florida for an article in a Special Section of Sociological Research Online on Visualising Work and Labour, co-edited with Phil Mizen.

RACHEL LARA COHEN is Senior Lecturer in Sociology in the Department of Sociology, City University, UK. Her interests are in the sociology of work and employment, especially 'non-standard work', including mobile work, self-employment and homeworking. She has published from her PhD research on the working lives of hairdressers in a range of peer-reviewed journals, as well as contributing a chapter to a previous volume in this series, Work Less, Live More. Her current research explores the working lives of car mechanics and accountants. She has co-edited a special issue of The Sociology of Health and Illness on 'body work' and contributed an article, which explored the labour process consequences of body work. She also co-edited an issue of The International Journal of Social Research Methodology on feminism and quantitative methods. She was co-organiser of an ESRC Seminar Series on Body Work, and of a 2011 conference on this theme. She is on the editorial board of Work, Employment and Society.

TEELA SANDERS is Reader in Sociology of Crime and Deviance in the School of Sociology & Social Policy, University of Leeds, UK. Her current research interests are in the areas of regulating behaviours and she has conducted extensive research in the sex industry. Currently working on an ESRC follow-on funding EKT project on Sex Entertainment Venues. Her published books are Sex Work. A Risky Business (Willan Press, 2005), Paying for Pleasure: Men Who Buy Sex (Willan Press, 2008) and Prostitution: Sex Work, Policy and Practice (with M. O'Neill J. and J. Pitcher)(Sage, 2009). She is currently writing up an ESRC project on lap dancing in a co-authored book Flexible Workers: Labour, Regulation and Mobility in Lap Dancing (Routledge, 2012). She has been involved in several editing projects: recently with Kate Hardy and Sarah Kingston, an edited collection from a postgraduate conference New Sociologies of Sex Work (Ashgate, 2010) and Sex and Disability: Access, Identity and Policy (Disability Press, 2010) with Russell Shuttleworth. In 2009 she edited a special issue for Journal of Law and Society with Jane Scoular on regulation, sex work and neoliberalism.

KATE HARDY is a Researcher at the Centre for Interdisciplinary Gender Studies, School of Sociology, University of Leeds, UK. She is currently working on an interdisciplinary project on aesthetic surgery. She is the author of journal articles on sex worker trade unionisation in Argentina, lap dancing, feminist methodology and geographies of sex work and co-editor of the edited collection Sociologies of Sex Work (Ashgate, 2010). She has recently worked with Teela Sanders on a large scale project funded by the ESRC on the lap dancing industry and is co-author with Sanders of the forthcoming book Flexible Workers: Regulation, Labour and Mobility in Lap Dancing (Routledge, 2013). Her academic interests include issues surrounding gender and political economy, sex work, trade union organising, atypical and informal work, women's movements, the body, gender, agency and resistance. 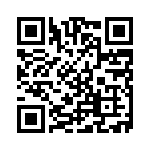