Page 105
What he says of Aimé Césaire , one of the greatest black writers of the twentieth
century , and intending it as an ironic rebuke , that “ he had penetrated into the
heart of the great wilderness which was Europe and stolen the sacred fire ...
which ...
Page 185
and feel of the ice is her psychic lust for the flame , for the heat of the fire : the
Body . The Ultrafeminine , seeking sexual satisfaction , finds only physical
exhaustion in the bed of the Omnipotent Administrator , and the odds are against
her ...
Page 207
... sound of moving fire , a sound of frozen heat , a sound of licking flames , a fiery
- fiery sound , a sound of fire to burn the steel out of my Balls , a sound of . . Blue
fire , a Bluesy sound , the TO ALL BLACK WOMEN , FROM ALL BLACK MEN 207
. 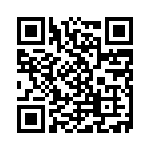