Dorothea E. Schulz is Professor in the Department of Cultural and Social Anthropology at the University of Cologne. 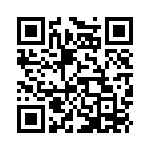