Gerhard Seibert earned his Ph.D. in social sciences from Leiden University in the Netherlands (1999). He is a researcher at the Instituto de Investigaçăo Científica Tropical (IICT) in Lisbon, Portugal. He has published extensively on various topics related to Săo Tomé and Príncipe. In addition, he has done research on African Initiated Churches (AIC) in Mozambique. Currently, he is working on a comparative analysis of the postcolonial development of Cape Verde and Săo Tomé and Príncipe. 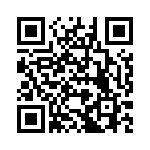