Many insights here, but unfortunately its theme-based approach covering women writers from former British colonies in the Caribbean, Africa, and especially India will quickly overwhelm any reader not ... Consulter l'avis complet

Ketu H. Katrak is a professor in the department of Asian American studies (Chair, 1996-2004), and the departments of English and Comparative Literature at the University of California, Irvine. She is the author of Wole Soyinka and Modern Tragedy: A Study of Dramatic Theory and Practice and coeditor of Antifeminist Harassment in the Academy. 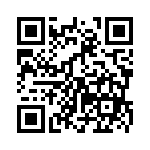