A grand analysis of the climate change scenario, nothing less than a "Silent Spring" for this century. The author traces the climate conundrum to the excesses of capitalist forces, and shows that the ... Consulter l'avis complet

Naomi Klein’s “This Changes Everything” is an exceptional book. It is a deeply researched book. She is, evidently, committed to the cause of protecting our environment. If not, she would not have ... Consulter l'avis complet

Born in Montreal in 1970, Naomi Klein is an award-winning journalist and author of the international bestseller No Logo, which was shortlisted for the Guardian first book award. Translated into twenty-five languages, No Logowas called "a movement bible" and placed Naomi Klein at the vanguard of a new wave of considering globalisation and corporations. In Blank is Beautiful, Klein will once again revolutionize our way of thinking.Naomi Klein writes an internationally syndicated column for the Guardianand her articles appear in numerous publications, including The Nation, The New Statesman, Newsweek International, the New York Timesand the Village Voice. A collection of her work, titled Fences and Windows- Dispatches from the Front Lines of the Globalization Debate, was published in October 2002. For the past six years, Klein has travelled throughout North America, Asia, Latin America and Europe, tracking the rise of anticorporate activism. She is a frequent media commentator and university guest lecturer and was a Miliband Fellow at the London School of Economics. Her latest book is The Shock Doctrine- The Rise of Disaster Capitalism(Penguin, 2007) 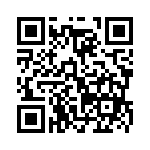