MANAGEMENT CHALLENGES FOR THE 21ST CENTURY

The master of management theory (Managing for the Future, 1992, etc.) combines a succinct vision of what's ahead with a condensed training course for weathering the change. Looking toward the future ... Consulter l'avis complet

Hands down 5 stars. An entrepreneur and business person must read. The best Peter Drucker book. Through his essays, Drucker is able to forecast the future. Tremendous insight into the "Knowledge" worker. Get this book now..... Consulter l'avis complet

Born in Vienna in 1909, Peter F. Drucker was educated in Austria and England. From 1929 he was a newspaper correspondent abroad and an economist for an international bank in London. Since 1937 he has been in the United States, first as an economist for a group of British banks and insurance companies, and later as a management consultant to several of the country's largest companies, as well as leading companies abroad. Drucker has since had a distinguished career as a teacher, first as Professor of Politics and Philosophy at Bennington College, then for more than twenty years as Professor of Management at the Graduate Business School of New York University. Since 1971 he has been Clarke Professor of Social Science at Claremont Graduate School in California. In addition to his management books, Peter Drucker is also renowned for his prophetic books analysing politics, economics and society. These books span fifty years of modern history beginning with The End of Economic Man (1939) and including The Practice of Management; Innovation and Entrepreneurship; Managing in the Next Society; Management Challenges in the 21st Century; The Effective Executive and The Essential Drucker. 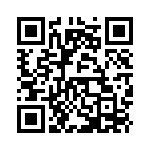