Page 42
In these terms desegregation in the South can be seen as creating conflict
between public officials in their roles as defenders of the Southern way, and the
federal government, considered by many Southerners to represent chiefly
Northern ...
Page 43
The South became a major testing-ground for contact theory as school
desegregation followed, in all deliberate speed, the 1954 Supreme Court
decision. Numerous investigations of the effects of desegregation on black and
white children ...
Page 187
Whitmore, P. S., Jr., A study of school desegregation: attitude change and scale
validation, Dissertation Abstracts, 17, 1957, 891-892. Wicker, A. W., Attitudes
versus actions: the relationship of verbal and overt behavioral responses to
attitude ... 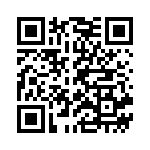