Ted Nannicelli is Lecturer in Film and Television Studies at the University of Queensland, Australia. He is the author of A Philosophy of the Screenplay (Routledge, 2013). He is co-editor, with Paul Taberham, of Cognitive Media Theory (Routledge, 2014), and associate editor of Projections: The Journal for Movies and Mind. 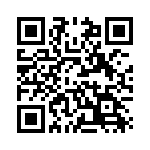