The idea for this book germinated while McKenzie (From Nineveh to New York) was working at Petra in the 1980s, where she saw that stylistic features of Ptolemaic Alexandria (306-30 B.C.E.) appeared in ... Consulter l'avis complet

Judith McKenzie is member of the sub-faculty of archaeology, Oxford University. 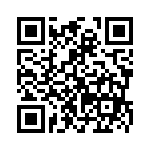