A wide-ranging study of the many faces of fascism, by one of America's foremost historians (The Dream That Failed: Reflections on the Soviet Union, 1994, etc.). ``Although fascism is dead,'' Laqueur ... Consulter l'avis complet

Historian Laqueur's survey suggests very strongly that a more appropriate title might have been "Fascisms," since a definition under a single heading incorporating the many varieties of "right ... Consulter l'avis complet

Walter Laqueur is co-editor of the Journal of Contemporary History and serves as chairman of the International Research Council at the Center for Strategic and International Studies in Washington. His books include Black Hundred, Russia and Germany, The Long Road to Freedom, The Fate of the Revolution, Terrorism, The Dream that Failed, and an autobiography, Thursday's Child has Far to Go. 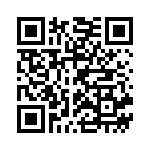