Michael Scriven is Professor of European Studies at the University of the West of England, Bristol, and has published extensively in the field of French and European intellectual history, culture, and politics. He is a co-editor of Sartre Studies International. 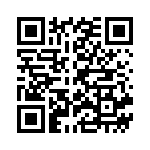