Page 26
While Nasser declared that the reports of Jews being persecuted in Egypt were
baseless propaganda and that Jews suffered no discrimination whatsoever, the
Spanish consul in Alexandria, Carlos de Urgoiti, spoke ofa “campaign ofterror” ...
Page 27
They requested Spanish aid for all Sephardic Jews, not just those with Spanish
citizenship, and for the rest of the Jews, too, ifpossible, as well as asylum in Spain
for those Sephardic Jews obliged to leave Egypto Naturally, the harassment ...
Page 28
Ambassador Castańo's activity on behalf of Jews with Spanish citizenship was
praiseworthy but to be expected, since these Jews were, after all, citizens ofhis
country. The importance of this activity should therefore not be exaggerated, as it
... 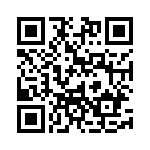