Joan B. Landes is Professor of Women's Studies and History at The Pennsylvania State University. She is author of Women and the Public Sphere in the Age of the French Revolution, also from Cornell, and Feminism, the Public and the Private. 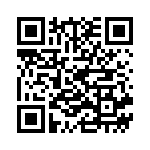