Dr. Mohamed Ramady is a former Visiting Associate Professor in the Faculty of Finance and Economics, King Fahd University of Petroleum and Minerals, Dhahran, Saudi Arabia. He obtained both his BA and his PhD from Leicester University, UK, and a Postgraduate Degree from the University of Glasgow. He is a Fellow of the Chartered Institute of Bankers (UK). He specializes on regional economics, energy and the Saudi economy, as well as on money and banking. Among his publications is The Saudi Arabian Economy: Policies, Achievements and Challenges (Springer, New York, 2010) the GCC Economies: Stepping up To Future Challenges”, (Springer, 2012) and Political, Economic and Financial Country Risk: Analysis of the Gulf Cooperation Council, (Springer, 2014), “OPEC in a shale oil world : where to next ? ( Springer , 2016 ) and “The political economy of WASTA : use and abuse of social capital networking “, ( Springer , 2016 ). Prior to his academic career, Dr Ramady has over 25 years of senior level positions in banking, finance and investment in the Middle East and Europe with Citibank, Chase Manhattan, First City Texas Bancorp and Qatar National Bank. He also served as Senior Advisor to the Chairman of Qatar International Islamic Bank. 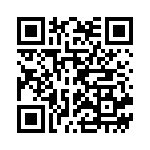