Adam Ledgeway is Professor of Italian and Romance Linguistics at the University of Cambridge, and Fellow of Downing College, Cambridge. His research interests include Italian dialectology, the comparative history and morphosyntax of the Romance languages, Latin, syntactic theory, and linguistic change. He is co-editor, with Martin Maiden and John Charles Smith, of The Cambridge History of the Romance Languages (CUP, 2011/2013) and, with Paola Benincŕ and Nigel Vincent, of Diachrony and Dialects: Grammatical Change in the Dialects of Italy (OUP, 2014), and author of From Latin to Romance: Morphosyntactic Typology and Change (OUP, 2012; paperback 2015). Martin Maiden is Professor of the Romance Languages and a Fellow of Trinity College, Oxford. He became a fellow of the British Academy in 2003, and is Director of the Oxford Research Centre for Romance Linguistics. His recent publications include The Cambridge History of the Romance Languages (co-edited with Adam Ledgeway and John Charles Smith; CUP, 2011/2013), The Boundaries of Pure Morphology (co-edited with Silvio Cruschina and John Charles Smith; OUP, 2013), and Morphological Autonomy (co-edited with John Charles Smith, Maria Goldbach, and Marc-Olivier Hinzelin; OUP, 2011). 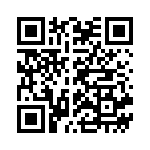