Page viii - Acknowledgments This book would not have been possible without the help of many people.
Cité dans 91 livres de 1968 ŕ 2008
Page xi - A persistent policy pursued over radio and television, in addition to imparting knowledge, can build up the character of a whole people, including sturdiness and vigour and confidence. On the other hand, it can lead, through demoralisation, to decadence and dissolution.
Cité dans 8 livres de 1962 ŕ 2004
Plus
Page xi - Like atomic energy, it can be used for incalculable good but it can also do irreparable harm...
Cité dans 8 livres de 1962 ŕ 2007
Page xii - the good, the true, the beautiful": "the masterpieces of architecture, engineering, sculpture, painting... the great musical compositions of the great composers". "I find it hard to believe," he said "that a person who views the grandeurs of the heavens, or the wonders of this marvellous world in which the good God has placed us, will not find more pleasure in that than in viewing, for example, some squalid domestic brawl or a street quarrel.
Cité dans 4 livres de 1990 ŕ 1999
Page xi - I must admit that sometimes when I think of television and radio and their immense power I feel somewhat afraid.
Cité dans 5 livres de 1984 ŕ 2004
Moins

ROBERT J. SAVAGE, JR. is a professor at Boston College where he teaches Irish History. 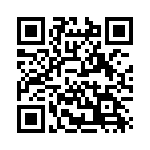