Applied scholarship in the best interdisciplinary tradition, examining how hysteria, the individual somaticization of anxiety, devolves to the ``hystories,'' or cultural narratives, of the title and ... Consulter l'avis complet

The ends of centuries have historically given rise to increased incidents of hysterical epidemics. Literary critic and medical historian Showalter has written a challenging and insightful history of ... Consulter l'avis complet

In 1977, Showalter published A Literature of Their Own: British Women Novelists from Bronte to Lessing. It was one of the most influential works in feminist criticism, as it sought to establish a distinctive tradition for women writers. In later essays, Showalter helped to develop a clearly articulated feminist theory with two major branches: the special study of works by women and the study of all literature from a feminist perspective. In all of her recent writing, Showalter has sought to illuminate a "cultural model of female writing," distinguishable from male models and theories. Her role as editor bringing together key contemporary feminist criticism has been extremely influential on modern literary study. 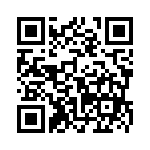