While giving a great account of the early days of Bitcoin and blockchain, the subtle question of true identity of Satoshi Nakamoto does impress throughout the book. More importantly than that, this ... Consulter l'avis complet

Part adventure, part biography, part true crime - this fascinating look at the initial beginnings of Bitcoin was captivating. A variety of ideals and different personalities come into play in creating ... Consulter l'avis complet

Nathaniel Popper is a reporter at The New York Times. Before joining The Times, he worked at the Los Angeles Times and the Forward. Nathaniel grew up in Pittsburgh and is a graduate of Harvard College. He lives in Brooklyn with his family. 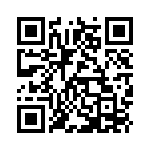