Freddy Libreich was born in Vienna in 1927, who went to Palestine illegally in 1939. He is an avid historian and expert on the British navy's attempts to stop illegal jewish immigrants from reaching Palestine up to 1948. He left school at 14 to become a mechanic, and engineer; and started his studies again on retirement at 62. He has completed his Masters, and PhD at Kings College London. 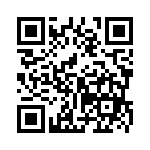