Andrew Apter is Professor of History and Anthropology at the University of California, Los Angeles, where he directs the James S. Coleman African Studies Center. His books include Black Critics and Kings: The Hermeneutics of Power in Yoruba Society (1992), The Pan-African Nation: Oil and the Spectacle of Culture in Nigeria (2005), and Beyond Words: Discourse and Critical Agency in Africa (2007), all with the University of Chicago Press.

Lauren Derby is Associate Professor of History at the University of California, Los Angeles. Her publications include The Dictator's Seduction: Politics and the Popular Imagination in the Era of Trujillo (2009), and articles on rumor and politics in the Dominican Republic, Haiti, and Puerto Rico. 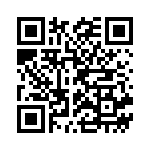