Page 72
... worth citing those writers who claimed to have proceeded beyond the 'gate of
felicity' separating the Ottoman Sultans' ... before the nineteenth century, were
hermetically sealed to adult males other than the Sultan himself, his sons and the
...
Page 145
of the Sultan, reigned supreme. After her ranked the sultans, or Sultan's
daughters, who enjoyed considerable freedom and after them the kadins, official
concubines, with the social though not legal status of wives. Then came the
ikbals, ...
Page 356
Pardoe, the City of the Sultan, vol. I, pp. 103-6; on slavery and pp. 306-9. Mrs
Harvey, Turkish Harems and Circassian Homes, p. 10; Gamett, Home Life;
Women of Turkey vol. I, p. 40. 40. On domestic slavery, see G. Baer, 'Slavery and
its ... 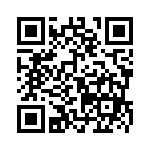