Page 68
It lasted three hours, and almost 30 percent of the forces on both sides were
killed or wounded. It had been motivated by the desire to help those who had
landed in the north. Despite our efforts, however, they had been surrounded,
captured, ...
Page 108
In addition, we now had cartridge belts, fuel, knives, clothing, and some food.
Casualties: they suffered two dead, five wounded. We took three prisoners. Some
, including the informer-overseer Honorio, had fled. On our side, not a scratch.
Page 177
with the grueling job of carrying the wounded in hammocks. At dawn the next day
, after eating well and finishing off quite a few chickens, we quickly left the place,
since we had stayed there a whole day immediately after the attack, practically ... 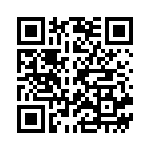