Editors Marian Bredin, Scott Henderson, and Sarah A. Matheson are associate professors in the Department of Communication, Popular Culture and Film, and the MA Program in Popular Culture at Brock University. 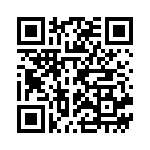