Page viii - 1. a body of people, associated with a particular territory, that is sufficiently conscious of its unity to seek or to possess a government peculiarly its own.
Cité dans 10 livres de 1988 ŕ 2006

JAMES B. MINAHAN is an independent researcher living in Barcelona, Spain. He is the author of Nations Without States: A Historical Dictionary of Contemporary National Movements (Greenwood, 1996), which was named an ALA/RASD 1996 Outstanding Reference Source, and Miniature Empires: A Historical Dictionary of the Newly Independent States (Greenwood, 1998). 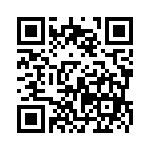