A very interesting book. It really is about the author's perception that things have moved against the American male or specifically the American white male. I tend to believe that the American world ... Consulter l'avis complet

Helen Smith, PhD, is a psychologist specializing in forensic issues and men's issues in Knoxville, Tennessee. She holds a PhD from the University of Tennessee and master's degrees from The New School for Social Research and the City University of New York. She has written The Scarred Heart: Understanding and Identifying Kids Who Kill and was writer and executive producer of Six, a documentary about the murder of a family in Tennessee by teens from Kentucky. She has worked with men (as well as women and children) in her private practice for more than twenty years. She has been on numerous television and radio shows including Montel Williams and has appeared on E! Entertainment, Fox News, Discovery, Women's Entertainment, Biography, Oxygen and The Learning Channel. Smith has written for numerous publications including the Los Angeles Times, The Christian Science Monitor and The Cleveland Plain Dealer. She occasionally hosts a show at PJTV focusing on men's issues, psychology and politics. She has written on her blog at drhelen.blogspot.com since 2005 on men's rights, men's issues and psychology and is now a columnist and blogger at PJ Media. Her blog is at pjmedia.com/drhelen. 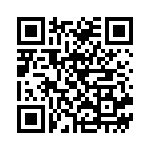