Maya Iosifovna Turovskaya was born in Kharkov, Ukraine on October 27, 1924. After graduating from Moscow State University, where she studied philology, she received a degree in theater science from the State Theater Institute. She and Yuri Khanyutin wrote the 1965 documentary Ordinary Fascism (also known as Triumph Over Violence). She was a film and theater critic. She also wrote several books including Tarkovksy: Cinema as Poetry. In 2008, she won a Nika Award from Russia's Academy of Cinema Arts and Sciences for her contributions to cinematic science, criticism, and education. She died on March 4, 2019 at the age of 94. 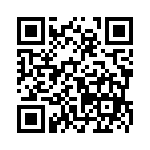