Sarah Projansky is Professor of Film and Media Arts and of Gender Studies at the University of Utah. She is author of Watching Rape: Film and Television in Postfeminist Culture (also available from New York University Press) and co-editor of Enterprise Zones: Critical Positions on Star Trek. 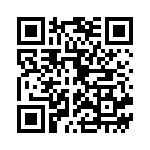