Perhaps the only other encyclopedia devoted solely to American journalism goes back over two decades: Facts On File's Encyclopedia of American Journalism (1983). Now that newspapers are read on ... Consulter l'avis complet 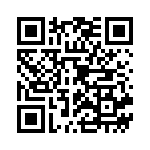