Meg Greene is an independent scholar and prolific biographer. She is the author of biographies on Jane Goodall, Mother Teresa, and Pope John Paul II for Greenwood Press. 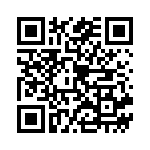