Persaud admitted plagiarism in some parts of this book after it was published, but this is a very good read, and raised some interesting philosophical points. It has been compared to the work of ... Consulter l'avis complet

Absolutely fascinating and very informative. Changed my perspective and broadened my view in many ways. Highly recommended. Consulter l'avis complet

Raj Persaud is a consultant psychiatrist working in the British National Health Service at the world-famous Maudsley Hospital in south London, and an honorary senior lecturer at the Institute of Psychiatry, University of London. Uniquely for a doctor, he also holds a first-class honours degree in psychology from University College London, which recently awarded him the title of Fellow in recognition of his ground-breaking work in psychiatry. Other medical awards and honours include the prestigious Royal College of Psychiatrists' Research Prize and Medal, the Denis Hill Prize and the Osler Medal. As well as medicine, psychology and psychiatry, he holds university-level qualifications in statistics, history and philosophy.
Raj Persaud is the author of Staying Sane, The Motivated Mind and From the Edge of the Couch and his work has been published in academic medical journals, including the British Medical Journal, the Lancet and the British Journal of Psychiatry. He writes regularly for the national press and hosts BBC Radio 4's All in the Mind - the only broadcast series dedicated specifically to reporting on academic psychology and psychiatry. He also appears regularly on television programmes such as Question Time, Newsnight and Tomorrow's World. In a recent poll of members of the Royal College of Psychiatrists published in the Independent on Sunday newspaper, he was voted one of the top ten psychiatrists in the UK.
He is married to an eye surgeon, has a son and a daughter, and lives in London. 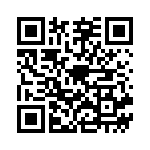