The Real Planet of the Apes: A New Story of Human Origins

Begun, professor of anthropology at the University of Toronto, asks two large questions in this thought-provoking book: How did the planet go “from dozens of ape species at any one time, hundreds in ... Consulter l'avis complet

THE REAL PLANET OF THE APES: A New Story of Human Origins

Paleoanthropologist Begun (Anthropology/Univ. of Toronto; editor: A Companion to Paleoanthropology, 2013, etc.) claims that the great ape ancestors of humans evolved in Europe and moved to Africa, not ... Consulter l'avis complet

David R. Begun is professor of anthropology at the University of Toronto. His books include A Companion to Paleoanthropology and The Evolution of Thought: Evolutionary Origins of Great Ape Intelligence. He lives in Toronto. 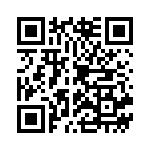