Dr. James Rumbaugh is one of the leading object-oriented methodologists. He is the chief developer of the Object Modeling Technique (OMT) and the lead author of the best-selling book Object-Oriented Modeling and Design. Before joining Rational Software Corporation in October 1994, he worked for more than 25 years at General Electric Research and Development Center in Schenectady, New York.

He has been working on object-oriented methodology and tools for many years. He developed the DSM object-oriented programming language, the state tree model of control, the OMT object modeling notation, and the Object Modeling Tool graphic editor. The foundations for the OMT notation were developed more than 10 years ago with Mary Loomis and Ashwin Shah of Calma Corporation. The OMT methodology was developed at GE R&D Center with coauthors Mike Blaha, Bill Premerlani, Fred Eddy, and Bill Lorensen.

Dr. Rumbaugh received his Ph.D. in computer science from MIT. During his Ph.D. research under Professor Jack Dennis, Dr. Rumbaugh was one of the inventors of data flow computer architecture. His career has dealt with semantics of computation, tools for programming productivity, and applications using complex algorithms and data structures. Dr. Rumbaugh has published journal articles on his work and has spoken at leading object-oriented conferences. He writes a regular column for the Journal of Object-Oriented Programming.

Dr. Rumbaugh is the lead author of the recent best-selling book Object-Oriented Modeling and Design, published by Prentice Hall. His latest book, OMT Insights: Perspectives on Modeling from the Journal of Object-Oriented Programming, was released in October 1996. He and his colleagues developed the OMT methodology described in the book based on real-world applications at GE, and they have worked to extend the original methodology. He has taught courses based on the methodology to different audiences around the world, ranging from one-hour seminars to intensive several-day training courses.

He has a B.S. in physics from MIT, an M.S. in astronomy from Caltech, and a Ph.D. in computer science from MIT.

During his career at GE, he worked on a variety of problems, including the design of one of the first time-sharing operating systems, early work in interactive graphics, algorithms for computed tomography, use of parallel machines for fast image generation, VLSI chip design, and finally, object-oriented technology.

In addition, Jim was the manager of the Software Engineering Program at GE, where he led a team of eight to ten Ph.D. and M.S. scientists performing research in software engineering in the areas of algorithm development, programming languages, program proving, and VLSI computer-aided design. In addition, he performed personal research.

Jim developed and implemented the object-oriented language DSM, combining object-oriented concepts with database concepts and distributed it within GE for use on production applications. The language was heavily used at Calma Corporation and was extensively extended based on user feedback with a preliminary version.

Jim also developed Vista, a hierarchical interactive standard graphics system (similar to the PHIGS system) written in the object-oriented DSM language. He implemented user-interface applications based on this system, including a configuration-management tool and a user-interface generation tool.

Jim developed the concept of state trees, a structured extension of finite state machines incorporating a new model of object-oriented control. He applied it to the design of user interfaces, and the technique was used as a main aspect of the CHIDE user-interface system developed by colleagues at GE-CRD. Later, it was used in the OMTool object editor.

Jim also developed the Flow Graph System, a generic interactive graphic system for controlling a network of design engineering jobs, including management of multiple versions of data and coordination of information flow among applications. He received a patent on the underlying concepts.

Ivar Jacobson, Ph.D., is "the father" of many technologies, including components and component architecture, use cases, modern business engineering, and the Rational Unified Process. He was one of the three amigos who originally developed the Unified Modeling Language. He is the principal author of five best-selling books on these methods and technologies, in addition to being the coauthor of the two leading books on the Unified Modeling Language. Ivar is a founder of Jaczone AB, where he and his daughter and cofounder, Agneta Jacobson, are developing a ground-breaking new product that includes intelligent agents to support software development. Ivar also founded Ivar Jacobson Consulting (IJC) with the goal of promoting good software development practices throughout teams worldwide.

Grady Booch, is the Chief Scientist at Rational Software Corporation and developer of the Booch Method of object-oriented analysis and design. He is also co-developer of the Unified Modeling Language (UML). Widely recognized for these and many contributions in the field, he is a popular speaker at technology conferences around the world. Booch has twice received Software Development magazine''s coveted Jolt-Cola Product Excellence Award for his seminal text, Object-Oriented Analysis and Design with Applications. 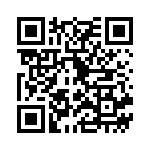