Pier Paolo Battistelli earned his PhD in military history at the University of Padua. A scholar of German and Italian politics and strategy throughout World War II, he is active in Italy and abroad writing titles and essays on military history subjects. A contributor to the Italian Army Historical Office, he is currently revising his PhD thesis for publication: The War of the Axis: German and Italian Military Partnership in World War Two, 1939–1943.

Adam Hook studied graphic design, and began his work as an illustrator in 1983. He specializes in detailed historical reconstructions, and has illustrated Osprey titles on the Aztecs, the Greeks, several 19th-century American subjects, and a number of books in the Fortress series. His work features in exhibitions and publications throughout the world. 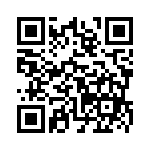