Maureen C. Miller is Associate Professor of History at the University of California, Berkeley. She is the author of The Formation of a Medieval Church: Ecclesiastical Change in Verona, 950-1150 (winner of the 1993 John Gilmary Shea Prize given by the American Catholic Historical Association), also from Cornell, and Power and the Holy in the Age of the Investiture Conflict. 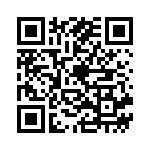