Aleksandr Sergeyevich Pushkin, one of Russian's greatest poets, was born in Moscow on June 6, 1799. He studied Latin and French literature at the Lyceum. Pushkin was often in conflict with the government and was kept under surveillance for much of his later life. He was also exiled for a period of time. His works include Eugene Onegin and Ruslan and Ludmila. Pushkin died on February 10, 1837 in St. Petersburg of a wound received during a duel protecting the honor of his wife.

Vladimir Vladimirovich Nobokov was born April 22, 1899 in St. Petersburg, Russia to a wealthy family. He attended Trinity College, Cambridge. When he left Russia, he moved to Paris and eventually to the United States in 1940. He taught at Wellesley College and Cornell University. Nobokov is revered as one of the great American novelists of the 20th Century. Before he moved to the United States, he wrote under the pseudonym Vladimir Serin. Among those titles, were Mashenka, his first novel and Invitation to a Beheading. The first book he wrote in English was The Real Life of Sebastian Knight. He is best know for his work Lolita which was made into a movie in 1962. In addition to novels, he also wrote poetry and short stories. He was a finalist for the National Book Award for Fiction seven times, but never won it. Nabokov died July 2, 1977. 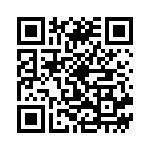