Hella Eckardt teaches provincial Roman archaeology and material culture studies at the University of Reading. Her research focuses on theoretical approaches to the material culture of the north-western provinces and on questions of mobility and migration. She is particularly interested in the relationship between the use of Roman objects and the expression of social and cultural identities, and has published on lighting equipment in Illuminating Roman Britain (2002), objects associated with grooming and personal adornment in Styling the Body in Late Iron Age and Roman Britain: A Contextual Approach to Toilet Instruments (2008) and material culture from Britain generally in her book, Objects and Identity: Roman Britain and the North-Western Provinces (2015). 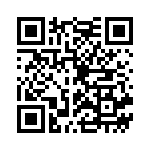