The dragon in the land of snows: a history of modern Tibet since 1947

Shakya, a Tibetan national and scholar at the School of Oriental and African Studies, has assembled a detailed, scholarly, and objective history of Tibet from the 1940s to 1990s. Comfortable examining ... Consulter l'avis complet

Tsering Shakya was born in Tibet in 1959. In 1967, with the onslaught of the Cultural Revolution, his family fled to India. Following secondary education in England he went to the School of Oriental and African Studies at London University and in 1982 graduated with BA Hons in History and Social Anthropology.

Over the last ten years Tsering Shakya has regularly briefed politicians on Tibet at the Foreign Office and the European Parliament. He has written numerous articles, taken part in television and radio discussions, and is frequently consulted on Tibetan matters by the BBC, The Times the Observer and the Guardian. In addition to his work as a journalist, broadcaster, researcher and adviser he is the author of Fire Under the Snow: The Testimony of a Tibetan Prisoner (1997).

In recognition of his work in 1997 Tsering Shakya was awarded a four-year Research Fellowship in Tibetan Studies at the School of Oriental and African Studies. 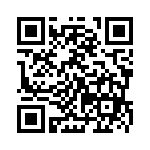