Gail Omvedt has an MA and PhD in sociology from the University of California, Berkeley. She has been living in India since 1978, and was a senior fellow at the Nehru Memorial Museum and Library, New Delhi. Among her numerous books focusing on social and economic issues are Buddhism in India (2003), Dalit Visions (1995), Dalits and the Democratic Revolution (1994), Reinventing Revolution (1993) and Cultural Revolt in a Colonial Society (1966). She has also collaborated with Bharat Patnakar in translations from the Marathi into English. 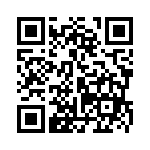