Janet Wasko is Professor in the School of Communication and Journalism at the University of Oregon. Her many books include Hollywood in the Information Age: Beyond the Silver Screen (1994), Consuming Audiences? Production and Reception in Media Research (1999), Understanding Disney: The Manufacture of Fantasy (2001), and How Hollywood Works (2003). 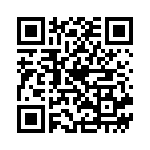