the book was all I hoped it would be great photo

one problem I ordered one book and got shipped two . payed for one by pay pal what should I do I have the carton it was shipped in . RE. please Consulter l'avis complet

Chris McNab is an author and editor specializing in military history and military technology. To date he has published more than 40 books, including A History of the World in 100 Weapons (2011), Deadly Force (2009) and Tools of Violence (2008). He is the contributing editor of Hitler's Armies: A History of the German War Machine 1939–45 (2011) and Armies of the Napoleonic Wars (2009). Chris has also written extensively for major encyclopedia series, magazines and newspapers, and he lives in South Wales, UK.

Steve Noon was born in Kent, UK, and attended art college in Cornwall. He's had a life-long passion for illustration, and since 1985 has worked as a professional artist. He has provided award-winning illustrations for the publishers Dorling Kindersley, where his interest in historical illustration began. Steve has illustrated over 30 books for Osprey. 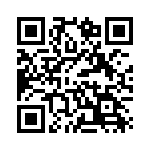