Allan Gut is Professor of Mathematical Statistics in the Department of Mathematics at Uppsala University, Sweden. 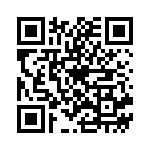