Felix Ravaisson (1813-1900) was a French philosopher who held a number of prestigious posts, including that of Curator of Classical Antiquities at the Louvre. His work influenced generations of European philosophers, including Henri Bergson, Martin Heidegger and Gilles Deleuze. Clare Carlisle is Lecturer in Philosophy at the University of Liverpool, UK. She is the author of Kierkegaard's Philosophy of Becoming (SUNY Press, 2005). Mark Sinclair is a Research Fellow in Philosophy at Manchester Metropolitan University. He is the author of Heidegger, Aristotle and the Work of Art (Palgrave-Macmillan, 2006) and translator of Jean Beaufret's Dialogue with Heidegger: Greek Philosophy (Indiana University Press, 2006). 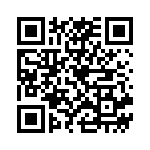