David R. Marples is University Professor in the Department of History & Classics at the University of Alberta, Canada. This is his twelfth book. 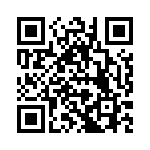