A fun read. Despite his being an arrogant, sexist little ass, she treats him quite fairly and her observations and explanations about his art processes are really quite good. She also has some ... Consulter l'avis complet

Françoise Gilot is a French painter, critic, and writer. Born in Neuilly-sur-Seine, France, she began writing and painting at a young age. In 1938, she graduated from the Sorbonne with a BA in philosophy and in 1939 from Cambridge University with a degree in English. In 1943, when Gilot was twenty-one, she met Pablo Picasso, who was sixty-one, and theyhad two children, Claude and Paloma. Their relationship lasted ten years, and Gilot published the bestselling Life with Picasso eleven years after their separation. In 1970, she married Jonas Salk, who pioneered the polio vaccine, and they remained married until his death in 1995. Gilot lives in Paris and New York, works on behalf of the Salk Institute in California, and continues to exhibit her work internationally.

Carlton Lake (1915-2006) was an art critic and collector, and the Paris art critic for The Christian Science Monitor. He contributed essays, short stories, and conversations with Matisse, Picasso, Chagall, Henry Moore, and Giacometti to several publications. He donated his vast collection of art--350,000 French literary materials--to the Harry Ransom Center at the University of Austin, where Lake was once the director and where the items can still be viewed today.

Lisa Alther is the author of six novels, a memoir, a short story collection, and the book About Women: Conversations Between a Writer and a Painter, co-authored with Françoise Gilot. She lives in Hinesburg, Vermont. 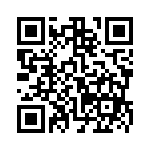