Given my limited knowledge of Iran, I fully enjoyed the historical, literary, cultural and literal tour of Iran, often hoping that I could find English translations of the literary references, usually to no avail. Consulter l'avis complet

Whither Iran, asks Washington-based Iranian journalist Molavi in this tour of the country's past and present. Molavi, who has lived in the US since his youth, returned to Iran for a year of journeying ... Consulter l'avis complet

Afshin Molavi holds a Ph.D. from Johns Hopkins University and has reported on Iran for Reuters and the Washington Post. He lives in Washington, D.C. 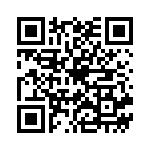