It’s better than I initially gave it credit for, being somewhat a man of theory. It’s a literary entertainment: foreign words and France, that kind of thing. A linguistic entertainment, you might say ... Consulter l'avis complet

The biography of the tragic Chef Bernard Loiseau - an intriguing insight into the inner workings of the Michelin guide, of restaurant life and the harrowing routines professional chefs striving for ... Consulter l'avis complet

Rudolph Chelminski has written articles for dozens of national magazines, ranging from People and Time to The Atlantic Monthly, and his books include The French at Table, I'll Drink to That, and The Perfectionist. He holds a degree from Harvard and has studied at the Institut d’Etudes Politiques. Raised in Connecticut, he began living in Europe more than 30 years ago, when Life magazine dispatched him to Paris. 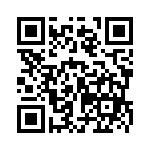