When this was published it was a seminal book that defined the new business model for the internet. Since then, things have moved on, and some of the subjected predicted in the book never did come to ... Consulter l'avis complet

I picked up a bunch of business books last weekend at the secondhand bookshop and have learnt a valuable lesson - whilst fiction books still remain relevant even if published 20, 50, 100 years ago ... Consulter l'avis complet

Chris Anderson is Editor-in-Chief of Wired magazine, a position he's held since 2001. In 2002 and 2004, he led the magazine to a 2002 National Magazine Awards nomination for General Excellence. He has worked at The Economist, where he served as U.S. Business Editor. His career began at the two premier science journals, Science and Nature, where he served in several editorial capacities. He holds a Bachelor of Science degree in Physics from George Washington University and studied Quantum Mechanics and Science Journalism at the University of California at Berkeley. 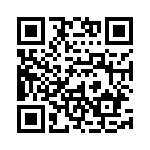