In a long and distinguished career, Smith (history, Oxford) has written extensively on the Risorgimento (the period of modern Italy's liberation and unification). This political biography is a natural ... Consulter l'avis complet

David Mack Smith was born in London, England on March 3, 1920. He attended Haileybury College in Hertfordshire and studied history at Peterhouse College, Cambridge. He taught at Clifton College in Bristol and served in the war cabinet during World War II. In 1947, he became a fellow at Peterhouse College, where he taught until he was elected a senior research fellow at All Souls College, Oxford, in 1962. He retired in 1987. He wrote numerous books about modern Italy including Cavour and Garibaldi 1860: A Study in Political Conflict; Italy: A Modern History; A History of Sicily written with Moses Finley; Mussolini's Roman Empire; Victor Emanuel, Cavour and the Risorgimento; and Italy and Its Monarchy. He wrote several biographies including Garibaldi: A Great Life in Brief, Cavour, Mazzini, and Mussolini: A Biography. He was the editor of The Making of Italy, 1796-1870 and Great Lives Observed: Garibaldi. He died on July 11, 2017 at the age of 97. 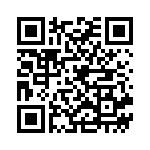