Tactics and the experience of battle in the age of Napoleon

Quite a few books deal with the military aspects of the Napoleonic era, especially campaigns, battles, and tactics, but very few focus on the nature of battle or what actually goes on during battle ... Consulter l'avis complet

Rory Muir is a visiting research fellow at the University of Adelaide. He is the author of Britain and the Defeat of Napoleon, 1807-1815, published by Yale University Press. 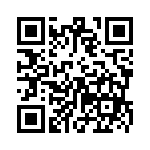